Does Your Estate Planning Include Children Conceived After Your Death? 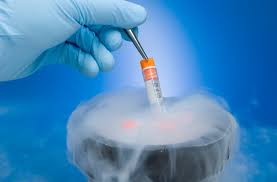 Elizabeth and Bill got married in their late 40’s and were having trouble conceiving. As Elizabeth was nearing menopause, they harvested and fertilized her eggs. They underwent cryopreservation (or preservation by freezing) because IVF resulted in more embryos than were needed.  More than half a million cryopreserved embryos are now in storage in the United States. Putting aside any number of religious, ethical, and social issues, assisted reproductive technologies is also creating very difficult problems for some estates.

Several states have recently changed their laws to address the situation of posthumously conceived children. Commonly, the new laws put a time limit on when a child who’s conceived after the parent’s death must be born in order to inherit. Otherwise, there would be the very real possibility that a child born many years after his parent’s death would be legally entitled to inherit part of his estate—which could turn out to be an administrative nightmare. Read the US News and World Report article, “Posthumous Births: An Emerging Estate Challenge.”

According to Virginia Law, Va. Code Ann. §20-158B and Va. Code. Ann. §20-164(i), “a deceased parent is not a parent of a posthumously conceived child unless implantation occurs before the treating physician can reasonable by advised of the decedent’s death, or the decedent parent consented in writing before implantation to be treated as a parent.”

So, for people who have created frozen gametes, as far as estate planning is concerned, it is worthwhile to consider and specify in your estate planning what rights a posthumously conceived child should have to the deceased’s estate.  Since laws are frequently changing, the time to protect your family and get started with your planning is now. Call 703-691-1888 to make an appointment for a no-cost consultation at The Fairfax Estate Planning Law Firm of Evan H. Farr, P.C. today!