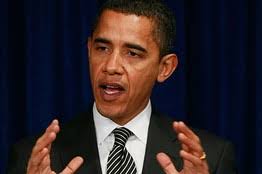 In January of this year, as part of the Fiscal Cliff deal, President Obama and Republican lawmakers on Capitol Hill agreed to tax estates at 40% with an exemption of $5.25 million ($10.5 million for couples). This was an increase from 35% and a $5.25 million exemption.


President Obama’s new budget proposal aims to turn things back around. It would raise the estate tax rate to 45 percent from 40 percent in 2018. And it would lower the per-person estate tax exemption from $5.25 million to $3.5 million. The White House says that only three people out of every 1,000 would be affected by the change and that the tax increase would raise an extra $79 billion over a decade.
According to a recent Wall Street Journal article, the $3.5 million exemption in Obama’s budget isn’t indexed for inflation.  The WSJ says Republicans are unlikely to go along with the idea.
You can’t take it with you when you go, as the saying says, but at least for the time being, you can leave it to your heirs. Since the future is so unpredictable and laws are frequently changing, it’s never too early to get started with your planning today. Call 703-691-1888 to make an appointment for a no-cost consultation at The Fairfax Elder Law Firm of Evan H. Farr, P.C. today!