TSA may relax some procedures for elderly travelers. Finally! 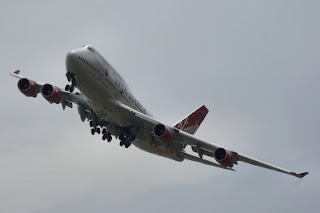 Travelers ages 75 and older may have to undergo fewer security pat-downs to endure when going traveling the nation’s airways.

According to an article published today by MSNBC, the Transportation Security Administration (TSA) announced Wednesday it will begin testing new methods that will hopefully result in fewer pat-downs for elderly passengers.
Since most people within this age group fly out or in to Denver International, Orlando International, Portland International, and Chicago’s O’Hare, the procedures will start at those locations.
What will the new procedures look like, practically speaking?  Elderly persons may no longer be required to remove shoes and “light outerwear” at certain checkpoints.  Before anyone thinks they  are getting a free pass to avoid airport security would be mistaken, however, as TSA reserves the right to pat-down or ask to remove the shoes anyone from whom an anomaly is detected via advanced imaging technology.
Read the full article here: http://overheadbin.msnbc.msn.com/_news/2012/03/14/10684946-tsa-testing-new-security-procedures-for-elderly-fliers
Image: Tim Beach / FreeDigitalPhotos.net Evan H. Farr on Google +
Posted by Admin at 4:09 PM