What is the Individual Mandate? Plus: Oral Argument Audio from 4th Circuit Court of Appeals Released 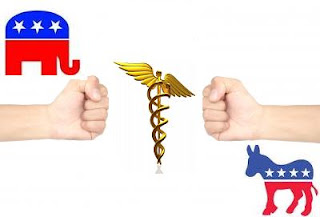 Today, two key cases concerning the constitutionality of the hotly debated federal health care law took place in the U.S. 4th Circuit Court of Appeals.  The two cases: Liberty University v. Geithner, No. 10-2347, and Commonwealth v. Sebelius, No. 11-1057.  The audio of the oral arguments are now available for download! Click here to listen.


The Guarantee Clause provides that “[t]he United States shall guarantee to every State in this Union a Republican Form of Government . . . .” U.S. CONST. art. IV, § 4. The meaning of the Guarantee Clause has not been clearly delineated, but it is rarely a basis for finding an act of Congress unconstitutional. See Largess v. Sup. Jud. Ct. for the State of Mass., 373 F.3d 219, 226-27 (1st Cir. 2004) (“If there is any role for federal courts under the Clause, it is restricted to real threats to a republican form of government.”) (Emphasis added).


The U.S. District Court in Sebelius, however, reached a different conclusion: read the opinion here.   That opinion, representing the Republican consensus, states:


Section 1501 of the Patient Protection and Affordable Care Act – specifically the Minimum Essential Coverage Provision – exceeds the constitutional boundaries of congress.”  The court held that “Article I, Secion 8 of the Constitution confers . . . only discrete enumerated governmental powers…The powers not delegated to the United States by the Constitution, nor prohibited by it to the States, are reserved to the states respectively, or to the people.


There is no skirting around the reality that this is a partisan issue.  By and large, Republicans feel the Individual Mandate is unconstitutional, whereas Democrats think just the opposite.


You may recall earlier this year, just a few months ago, when the Senate blocked an effort to repeal the reform bill.  There has even been chatter that Republicans may attempt to prevent funding of the bill, and so today’s cases are critical…but there will be many cases to follow.  After all, the provision that is at the center of this debate is not event scheduled to take effect for three years.


What exactly is this “Individual Mandate?” From the Liberty opinion referenced above:


According to the “Requirement to Maintain Minimum Essential Coverage,” § 1501 . . .  [requires that] . . .  every “applicable individual” must obtain “minimum essential coverage” for each month or pay a penalty, which is included with the individual’s tax return. Act § 1501(a)-(b).  An “applicable individual” is any individual except one who qualifies for a religious exemption, who is not a United States citizen, national, or an alien lawfully present in the United States, or who is incarcerated. Act § 1501(d).


An “applicable individual” may still be exempted from the requirement to purchase health insurance if she cannot afford such coverage because the required contribution exceeds eight percent of her household income.  Act § 1501(e). Taxpayers with income under 100 percent of the poverty line, members of Indian tribes, and individuals determined to suffer “a hardship” with respect to the capability to obtain coverage are also exempted.


Alluding to the ongoing nature of this controversy, the opinion from the Richmond U.S. District Court, which ruled against the federal government and in favor of Virginia, states . . .

“[T]his case . . . turns on atypical and uncharted applications of constitutional law interwoven with subtle political undercurrents. The outcome of this case has significant public policy implications. And the final word will undoubtedly reside with a higher court.”


Check back with us as we continue to provide you with updates on the status of health care reform in America.